What Do You Do When a Beneficiary Doesn’t Want to Be Found? 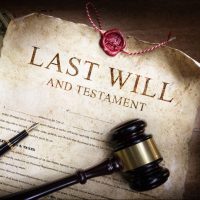 If you’ve been cast in the role of estate administrator or executor of a will, one of your functions is to notify all heirs and beneficiaries of their potential inheritance. This can be easier said than done. The will might not state each individual heir by name, referring instead to a class of persons, such as children, grandchildren, or siblings. It might include more distant relatives with whom the deceased and immediate family members have long been out of touch. Or there might not be any will at all, leaving the estate administrator with the job of constructing a comprehensive family tree that is extensive enough to distribute the estate according to the applicable state laws of intestate succession.

All of this is complex enough, but what about when a beneficiary does not want to be found? Some heirs might have become estranged from their families and purposely distanced themselves and cut off contact. People move and change their names; some value their privacy to the extent of not responding to personal communications; others are suspicious to the point they actively avoid being contacted by anyone from the outside world, and the more official a document looks, the more suspicious they become. In this post we talk about what to do when you are tasked with locating a beneficiary who doesn’t want to be found. For expert assistance from a skilled and knowledgeable professional experienced in the specialized field of locating heirs, contact a forensic genealogist at Von Langen, LLC.

Beneficiary Known but Not Found

Estate administrators deal with beneficiaries known and unknown. If a beneficiary is named in the estate planning documents or otherwise but cannot be located with best efforts, what happens next is largely a matter of state law. In Washington state, for example, the court appoints an agent to represent the interests of the absentee distributee (also called an absentee beneficiary or simply a missing heir). The agent takes possession of the inheritance and preserves and manages it for the benefit of the heir, such as by investing it if it is cash or managing its upkeep if it is real property. The agent is sworn under oath to perform this task and puts up a bond as well. If the beneficiary cannot be found after three years, the property is sold and paid into the county treasury. If the heir still does not show up to claim their inheritance after four years and ninety days, the property escheats to the state, and the beneficiary forfeits their inheritance.

Finding beneficiaries who are difficult to locate is often a job for a forensic genealogist, who is specially trained and experienced in this field of work. Once a beneficiary is found, though, what happens if they fail to respond to your communications? Once notified of their inheritance, the beneficiary needs to take affirmative action to either accept their share or disclaim it. However, some beneficiaries might not respond at all. Unfortunately, in this era of Nigerian prince internet scams, many people have grown (rightly) skeptical of communications that tell them they have unexpectedly come into money, especially if the source is a distant relative they might not even know about. However, in cases of intestate succession, where the deceased did not leave a will, state laws require the estate administrator to reach out to more and more distant kin until the estate is properly distributed.

Suspicion and skepticism about an inheritance might lead some people to fail to respond to a notice of inheritance. Estate administrators and attorneys must be diligent in their efforts to locate and notify beneficiaries, but ultimately it is up to the heir whether to respond or not.

Sometimes a beneficiary might disclaim an inheritance because they do not want to be burdened with managing a property or having to pay the taxes associated with it. Or they might feel they don’t need it and wish it to go to the next family member in line instead. Disclaiming an inheritance is a formal, official act; it is considered irrevocable once executed properly. If they simply fail to respond, however, state law may require the property to be treated as described above when the beneficiary cannot be located.

If you’re an estate administrator in need of seasoned assistance identifying and locating missing heirs to an estate and for determination of heirship proceedings, or heir research services in order to satisfy due diligence requirements, contact the professional and diligent forensic genealogists at Von Langen, LLC at 800-525-7722.