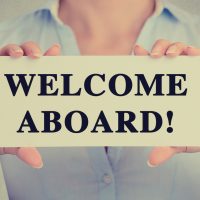 Von Langen LLC congratulates the newly-installed Clark County Public Administrator, Robert Telles, on his position. Mr. Telles was elected to replace John J. Cahill, who served faithfully as Clark County’s public administrator for over a decade before retiring from the post in 2018.

The outgoing public administrator, John J. Cahill, was first elected to the role in 2006. Mr. Cahill had long served in Nevada public service. He worked for over 30 years as an officer of the Juvenile Court, including working as the manager of probation services. The forensic genealogists at Von Langen LLC have worked for Mr. Cahill and his staff for many years, which has resulted in us successfully locating countless missing heirs around the world. Some of those more interesting cases may be found on our Case Studies page.

Also, Mr. Von Langen worked closely with Mr. Cahill and other public administrators, offering our support for their efforts to effect legislation to regulate the activities of unauthorized heir hunters who interfere with legitimate searches to locate missing heirs.

Clark County’s new public administrator, Rob Telles, worked as a probate attorney before seeking his new position. In many cases, probate attorneys are essentially the private version of public administrators, in that they handle the task of appearing before the probate court and administering the estate of a deceased person, typically on behalf of the family members of the deceased. Von Langen LLC looks forward to continuing to serve the Office of the Clark County Public Administrator, Robert Telles, and we wish him all the best in his new position.