The Dangers of Heir Hunters 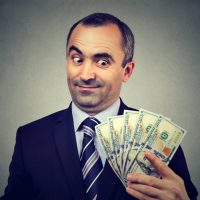 Heir hunters are individuals or companies that monitor probate filings to identify intestate decedents who have missing or unknown relatives. The heir hunters then target those successors, promising to inform them of their legal rights in exchange for a share of their inheritance. The fees they charge are often exorbitant, and the heir finder contracts may even be legally unenforceable. A recent scholarly legal article discusses the dangers of heir hunting. It provides an in-depth illustration as to why it is vital to retain a qualified, professional forensic genealogist for legitimate and experienced help identifying the proper heirs to an estate. Below, we discuss some of the principal conclusions of the article.

Heir hunting is a booming business

The article entitled Heir Hunting, which will be published in an upcoming 2021 edition of the University of Pennsylvania Law Review, reviews and analyzes the practice of heir hunting in recent decades across the U.S. Unfortunately, the authors found that the practice is wide-spread: They unearthed 219 heir hunter agreements entered into between January 1, 2014, and December 31, 2016, in San Francisco county alone. Of the contracts that paid out in this short time and single location, heir hunters recovered over $1.5 million, or around $10,100 per decedent. Extrapolating from this sample, the authors concluded that heir hunters likely earn tens or hundreds of millions of dollars annually.

Heir hunting is likely to result in litigation, and heir hunters paying attorney fees creates a conflict of interest

Heir hunters also engage in a particularly problematic practice of retaining attorneys for the heirs they discover. As we previously mentioned, a California court recently invalidated an heir hunter contract because the heir hunter obtained counsel for the heir and pursued the heir’s claims on their behalf. According to the court, this constituted the unlicensed and illegal practice of law.

The arrangement creates a conflict of interest between the attorney and their purported client, the heir. The heir and the heir hunter have diametrically opposed interests when it comes to the reasonableness of the heir hunting fees. The attorney will be incentivized to ignore potential problems with the contract and make decisions that favor the heir hunter because the hunter is a repeat-player with the potential for future business. In contrast, the heir is almost certainly a one-time client. Any arrangement that pulls an attorney’s loyalties in different directions, and in particular, away from the interests of their clients, poses a serious problem.

If you’re an estate administrator in need of skilled help in evaluating the legitimacy of heir hunters, or with identifying and locating missing heirs to an estate, contact the consistent and dedicated forensic genealogists of Von Langen, LLC at 800-525-7722.