Missing Heir Could Decide the Fate of a Public Park 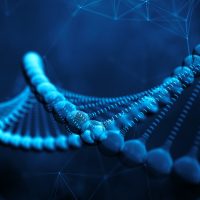 Finding the right heir to an estate is important for several reasons. It ensures that family wealth is kept in the family, the wishes of the decedent can be upheld, and parties who have the legal right to inherit are given the opportunity to collect that which belongs to them. Normally, identifying the right heir means transferring a house, stocks, a bank account, or other typical assets to the putative heir. A much more unusual matter, however, arose recently in a suburb outside of Tampa, where finding the proper heir could dictate the future of a popular public park. Continue reading to learn about the unusual situation, and call a professional forensic genealogist for experienced and thorough assistance identifying the proper heirs to an estate.

Heir of Hunter Springs Could Decide Whether City Can Charge Admission, Keep the Park Maintained

Hunter Springs is an idyllic park in the city of Crystal River, located an hour and a half drive north of Tampa. The park includes a small beach area complete with a roped-off swimming area, a boardwalk along the waterfront, and a beautiful, accessible spring. According to city officials, the park’s popularity “has skyrocketed over the last few years.” Unfortunately, this has caused issues regarding upkeep and crowd control. “The entrance into that park is currently unregulated, and as many people can come in as they want, and it’s causing severe overcrowding and safety issues as well,” according to a city manager. City officials have an unusual problem as they search for a solution; they’re having trouble identifying the previous property owner’s descendants.

City officials are looking for a way to control the number of people attending the park at any given time, in order to keep the idyllic grounds from being overrun and marred. They believe the best course of action is to hire employees to monitor the park and stop people at the entrance when admission is full. Per the city manager: “The only way we can do that is to have feet on the ground and the only way we can have feet on the ground, it costs money.” The city could take the money out of the taxes of residents, but because many people come from outside the area to visit the park, city officials feel putting the burden on residents would be unfair.

Why doesn’t the city just charge admission for the park and use ticket sales to pay employees? They aren’t allowed. The property that is now Hunter Springs used to be owned by a woman named Lida Martin. She sold the property in 1938 for a mere $145. The catch? Language in the deed prohibits the city from charging admission; the city is not allowed to charge for bathing or swimming.

The city could face liability if they violate the terms of the deed. If the city charges admission in violation of the deed, the property would revert to Lida Martin’s heirs for the original $145 purchase price. Reverter clauses like this usually expire after a number of years, but the law includes an exemption for deeds to government entities. The city’s hands are tied–if they start charging admission, one of Martin’s heirs could show up and sue.

The city is now looking for any surviving heirs of Martin to preempt the issue. If they can get whoever would have inherited the property (and attendant rights) to sign a quitclaim deed to renounce their reversionary interests, the city can then proceed to do whatever it wants or needs to do with the property. They would need to find all interested parties and get them all to sign away their rights, to cover all bases.

The city is seeking any information they can gather about Martin’s heirs. City officials are currently trolling through obituaries and asking the public for any clues. A forensic genealogist could solve their quandary by putting together a comprehensive family tree, identifying all potential heirs to the property. Any living heirs that are identified may even have some bargaining power to request compensation in exchange for giving up their right to the property. The unusual matter is a reminder of the utility of a proper forensic genealogist; tracking down heirs decades later is a difficult task that requires help from professionals.

If you’re an estate administrator in need of experienced assistance identifying and locating missing heirs to an estate and for determination of heirship proceedings, or heir research services in order to satisfy due diligence requirements, contact the dedicated and professional forensic genealogists at Von Langen, LLC at 800-525-7722.